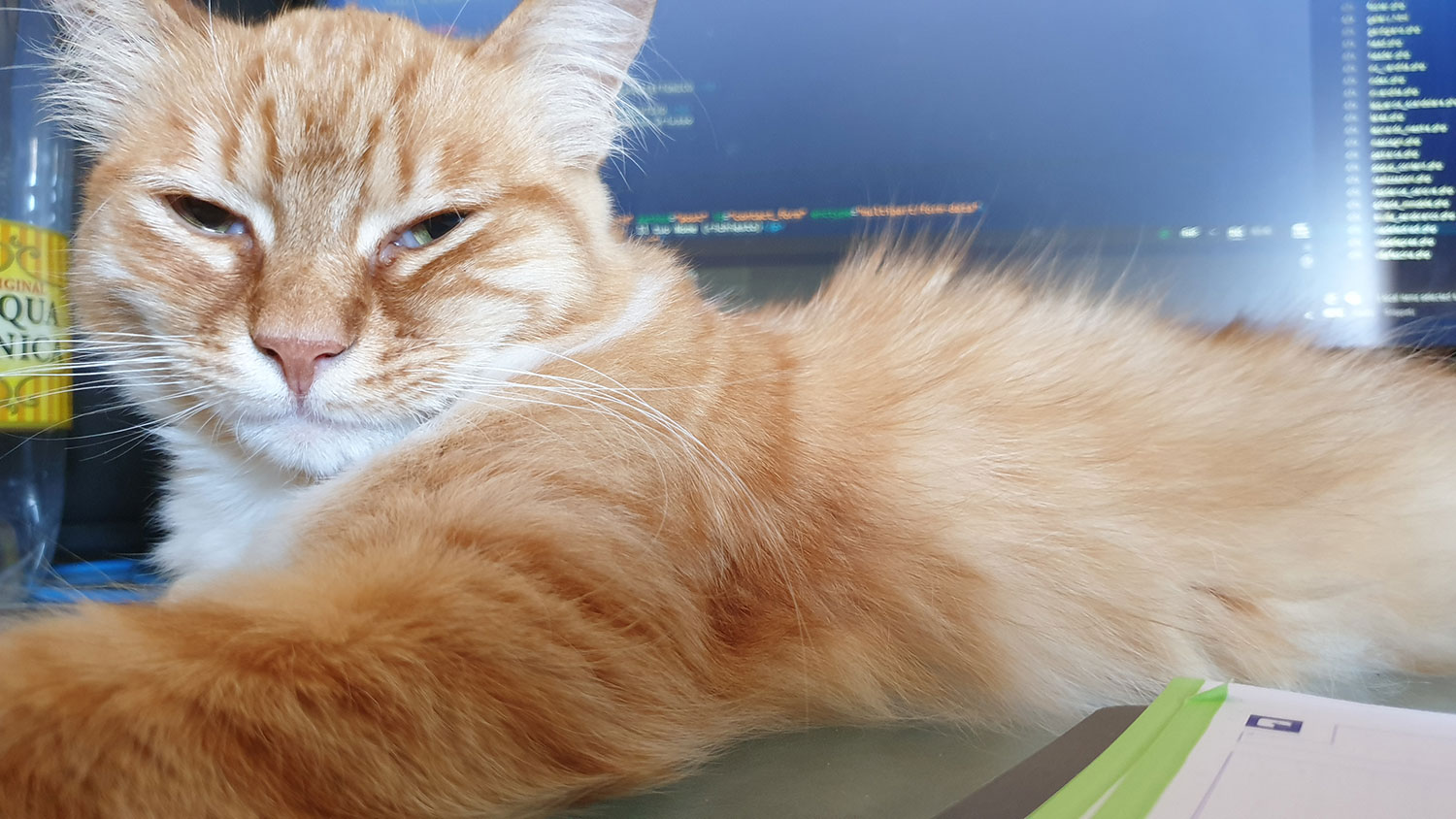 He is the first born of the all red brindle litter. He likes to pimp on everyone and if he doesn't get what he wants meow and whimper until he gets what he wants.
One of his characteristics is his curiosity. All that allows you to enter, look, browse him is his not to talk about stealing, especially food.

He is the last born. After 3 red cats Leila told mom can you make me a different one? Et voilà ... Here it is! A black and white cat with a hoodlum face as I hear humans say. He likes to play, and destroy boxes. Since he arrived, no boxes are He eats them, gnaws them and punches them in order to then insert his paw into them and try to get the contents out ... A joker

The thing I like the most is being in a corner watching what they are up to and, I must say, they have a lot of imagination.

I really enjoyed it this morning. They started at 4:00 by overturning the garbage can and then moving on and scattering the paper and cardboard that had to be taken away. I looked and laughed.

When the kitchen was freed, there was the second wave.
The kitchen had not inserted the anti-theft on the doors (the alarm is a ladle that Leila locks the cabinet doors to prevent Teo from opening them) so Teo calmly opened everything, inserted the paw and … TADAN … < strong> miaoooooo… flour, coffee, sugar and old bread on the floor… A disaster… Then he got up on two legs and entered with half his body and found the packet of bread loaf…. Scratch Scratch opened it in various places and gnawed at all the slices. Practically to be thrown away.

On the other front there was Taboo and the sandbox. After several attempts he managed to make a hole in the corner large enough to be able to put his leg in and take out the contents. Nearby there is also a bag of sand that Leila bought as a trial and I think that Tabù seemed ugly not to pay attention to it, so here it is at work.
Another hole and even here spread well all around the kitchen table, under the furniture.

I won’t tell you Leila’s face when she got up and came to the kitchen … I think she thought about murder for a moment but she armed herself with a broom and dustpan and started cleaning … she fucked and taboo put her paw in the box and took out. A hoot !!!

Did you like my story of the day?
Now I salute you The princesses must rest you know. See you soon with another feline adventure. 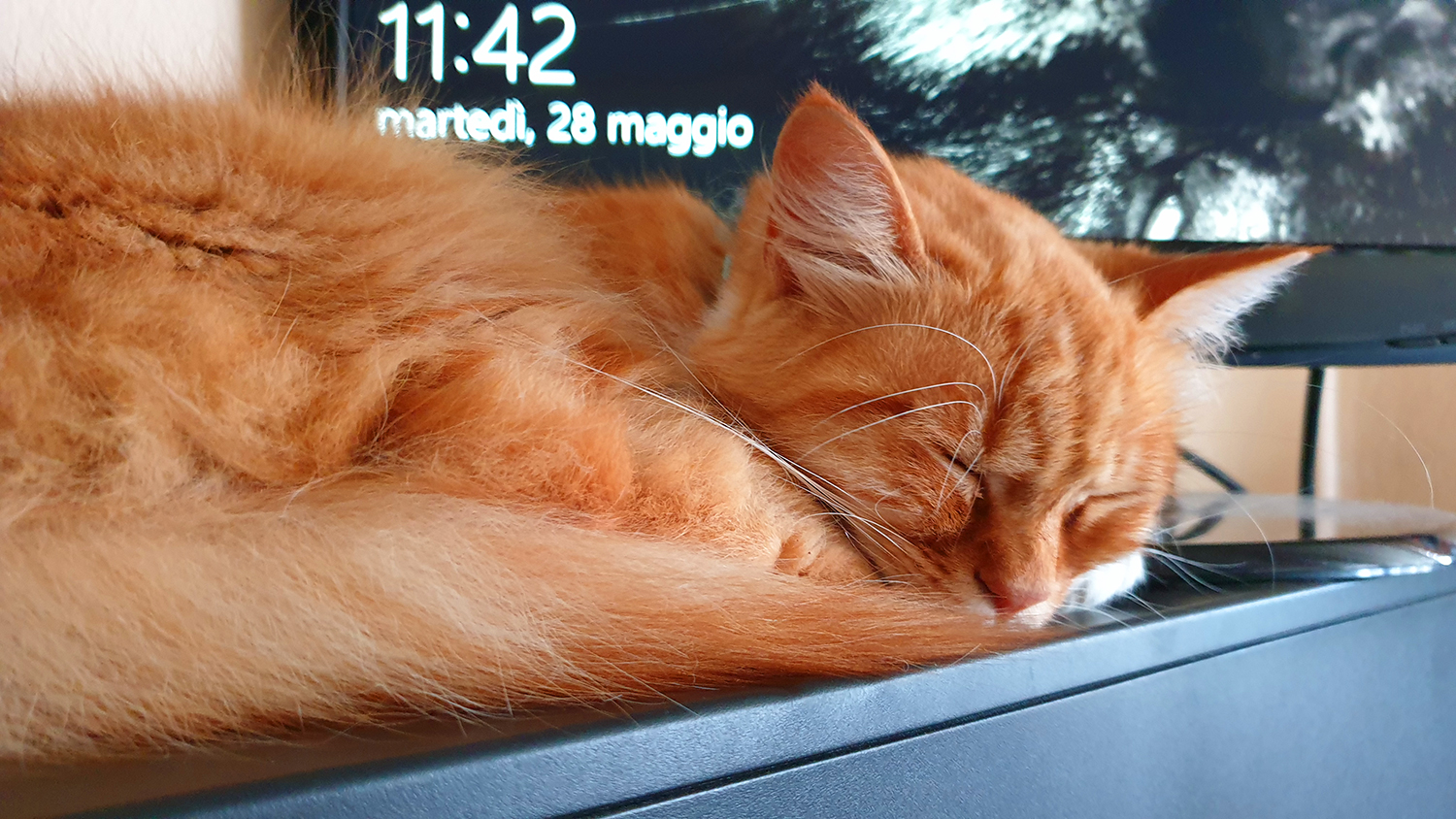 Camilla and the music 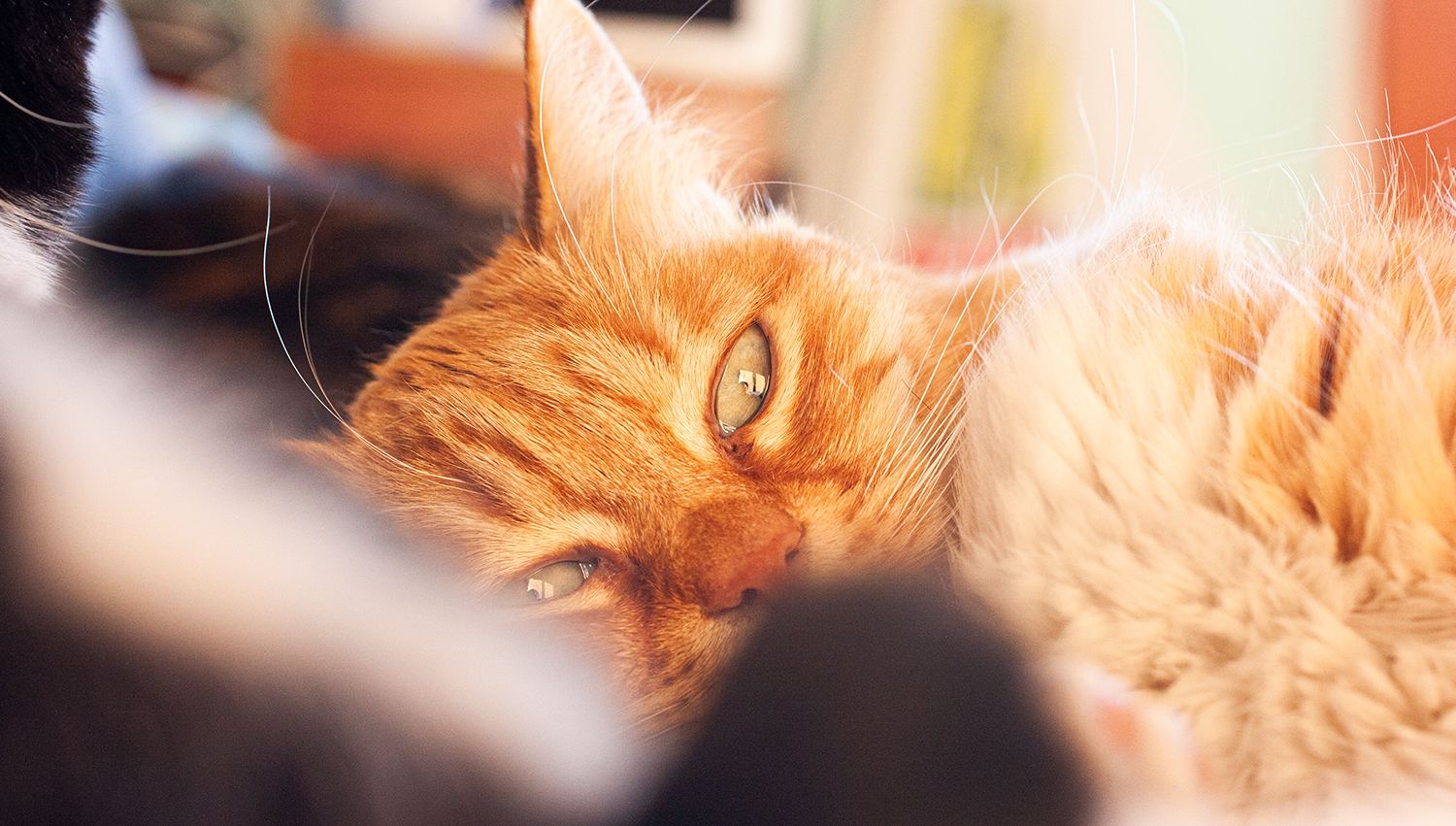